Peter Whittingham brings to bear more than 30 years of local government experience, with the last 18 years spent advocating on behalf of both private sector companies, corporations and trade associations and a variety of public agencies. Peter interacts collaboratively with elected officials and management staff at the county, city and special district levels throughout the region. His advocacy on behalf of a diverse client base has made him among the most respected public affairs professionals in the southern California. 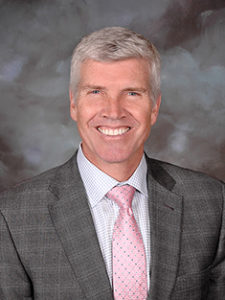 Prior to starting Whittingham Public Affairs Advisors in November, 2017, Peter spent more than 16 years with Curt Pringle & Associates (CP&A). He joined the firm in 2001, utilizing his background and experience in land use issues and the intricacies of the entitlement process on behalf of CP&A’s various retail, commercial, industrial, office and residential development clients. He also works extensively on rulemaking and other issues pertaining to the South Coast Air Quality Management District (SCAQMD) and other regional air districts. Finally, his experience and expertise in the water and energy space has been brought to bear on behalf of various special districts, independent power producers, renewable energy developers and trade associations.

Prior to joining CP&A, Peter served as Vice President of Government Affairs for Environmental Mediation, Inc. (EMI), an Orange County-based environmental consulting firm. He was responsible for developing and managing a diverse public and private sector client base, on whose behalf he advocated before agencies with regulatory responsibility for air, water and environmental health issues.

Before joining EMI in February, 2000, Peter worked for more than 12 years as a Senior Deputy to Los Angeles County Supervisor Michael Antonovich, where he was responsible for writing legislative analyses, press releases, speeches and newsletters, and for handling media relations for the Supervisor. He had direct oversight of the management of numerous county departments, with responsibility for the development and implementation of departmental budgets and goal setting. He also served as policy aide to Supervisor Antonovich in his role as a member of the South Coast Air Quality Management District Governing Board, where he honed his significant expertise in air quality-related issues.

Mr. Whittingham has served as the Executive Director of the Los Angeles County Council on Physical Fitness and Sports, was a consultant to Governor Pete Wilson’s Council on Physical Fitness and Sports, and is a past member of the Air and Waste Management Association. He also served as a member of the Antelope Valley Air Quality Task Force, which worked to create the Antelope Valley Air Pollution Control District (now known as the AVAQMD). He currently serves on the Board of Directors of HomeAid Orange County (www.homeaidoc.org), where he leads the nonprofit organization’s Advocacy Committee. Peter also belongs to the Los Angeles County Business Federation, or LA BizFed, and Orange County Public Affairs Association (OCPAA).

Peter’s background includes having served as a reporter with the Glendale News-Press in Glendale, CA and as the Public Information Officer for the City of Glendale’s Parks and Recreation Division. Mr. Whittingham received his Bachelor of Arts in Journalism from California State University, Northridge.